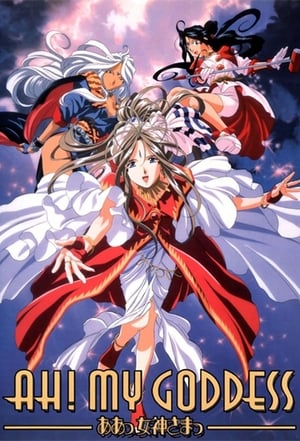 When college student Keiichi Morisato dials the wrong number while ordering for some food at his dormitory, he accidentally gets connected to the Goddess Hotline and a beautiful goddess named Belldandy appears out of a mirror in front of him. After getting kicked out of the dorm, Keiichi and Belldandy move to an old shrine and soon afterwards, Belldandy's sisters Urd and Skuld move in. This is the 1993 OAV adaptation of Kōsuke Fujishima's manga.